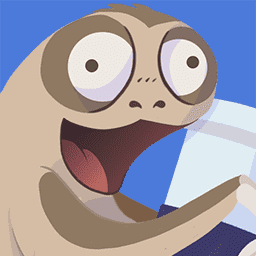 The sign at the gate clearly states ‘No Feeding the Wordimals.” Even so, one fatefully abandoned cup of coffee rolls its way to Joe’s clawed hands. As if in slow motion, he lifts it to his lips. Birds flee. Children scatter. Security guards and trainers seemingly suspended in time leap with outstretched arms toward the little sloth.

They are too late.

E X P A N S I O N. Pupils dilate. What IS this stuff? Heart races. To the right! The smell of cappuchino. Joe leaps.

Like an arrow he intercepts the hot brown drink and chugs it.

What was that? Need more! Joe dashes into the parking lot and down the street to a small coffee stand.

The occupants have only enough time to escape before the walls collapse. Joe rockets from out of the wreckage nursing a triple shot macchiato.

There have been few sightings since. Somewhere, flying across a sunset, Joe sips his drink while contemplating advanced particle physics.

And solving the occasional word search. 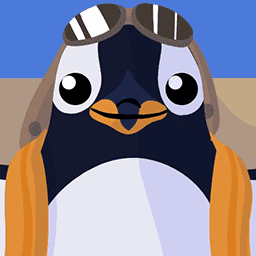 In the third grade, Amelia’s substitute teacher showed a movie about birds. It expanded her young mind more than anything had before. They were majestic, soaring amongst the clouds. At recess, she mimicked how they swooped and dove. Seeing this, her parents gave her a remote control airplane at her next birthday. She was enthralled.

But whenever she would flap her wings, she never left the ground. She would cry to anyone who would listen, but their explanations never settled her. “Oh honey,” they would say, “you’re a bird, yes, but you’re not THAT kind of bird.”

Ever determined, she sketched designs and novelized her ideas. As she grew older, she added physics and mathematics to her plans. Her room became an organized mess of unfinished builds and experiments; grand machines built of wood and fabric, pedal-driven spirals, and sprawling mechanical wings.

Through all of this, her father continued to encourage her by saying “You can be anything you want to be and do anything you put your mind to.” Sometimes he would be hushed by the other adults, but it didn’t matter. It filled her with joy and she believed him wholeheartedly. Never again discouraged, she set about her next design. Through her hard work, she vowed, some day she would fly.

I mean, she still can’t. But she tries REALLY hard. 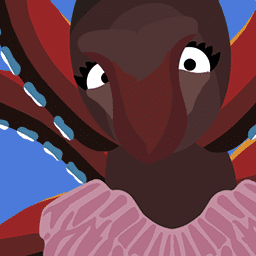 Octopodes have four left feet, give or take. Bella only sees this as a welcomed challenge. The grace of the ballet has no equal, but who’s to say twice the limbs can’t be twice as beautiful? With every passing puzzle, she expertly crafts her movements. With every new word, her form more exact. There is beauty in precision, and Bella yearns to find it. 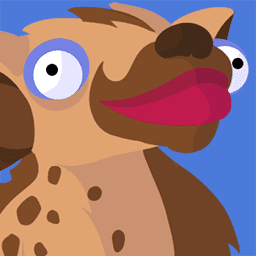 The other hyenas laugh at Hank. But that’s what hyenas do anyway, so whatever. Even if their laughing might be directed at him, Hank doesn’t seem to care. He knows he’s beautiful.

And soon everyone will know he’s beautiful. 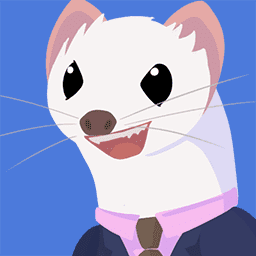 Sitting at his desk, open books upon open books, Mitch studies for his bar exam. The word-search-based legal system is complex, especially for a lower mammal, but he continues on. His weasel friends call to him from beyond his locked dormitory door. He can smell the barbecue. He can hear the splashing of the nearby pool. He can hear the many bleeps of his girlfriend's texts from his phone.

No. They are but distractions.

With a shaky hand, he considers the nearby energy drinks: focus in a can. If only he could concentrate. The others had sworn by them.

No. He must do this for himself.

He returns to the grid of letters. He stares into it. He leans back to see it from a distance. Suddenly, it’s all so clear! “Ah ha!” he chimes, coloring in the sprawling, twisting word before him with an orange crayon.

Yes. He can do this. 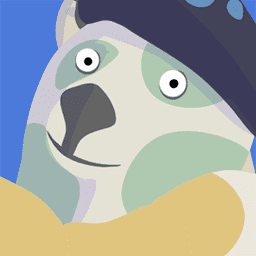 “Art isn’t a real job,” they’d tell him as if they were the first to bear the bad news. Even Vince's biggest supporters didn’t really understand him, feigning interest in his paintings as they did with bearfaced lies. And so he reluctantly put his art into hibernation. His father’s bearitone voice encouraged him, lovingly but wrongly, into the family manufacturing business because it was ‘just like sculpture when you think about it.’ However Vince wasn’t suited for working with machines. After clumsily breaking equipment on the regular, he finally left in an embearassed huff.

So he tried other professions, always finding himself severely unkoalafied. Baking was a bust as no one wanted to buy his bear claws. Retail felt wrong, selling threadbear clothing at exorbitant prices to gullible teens. For a while he went part time working novelty carriage rides in the city, but left when he saw few advancement opportunities beyond cleaning pooh off the streets.

When he couldn’t bear it any longer, he looked back at his old paintings. Dead passions… O-so he thought! He knew it would be a long shot, but not an impawsibility. With his dwindling savings a grizzly reminder of what he’d have to go back to if he failed, he set to work in his parents’ basement.

Vince took to the internet and began doing commissions. Ursally painting portraits and trinkets, he'd work at his easel from morning until dawn. Word traveled fast of the unique artist who painted with his bear hands. Compared to contemporary digital works, anything made by hand gave people paws. Now he has more clients than he could have ever prebeared for!

Abearently, a picture is worth a thousand words. Bearwildered yet humble, Vince now joins the search for words to make his pictures.